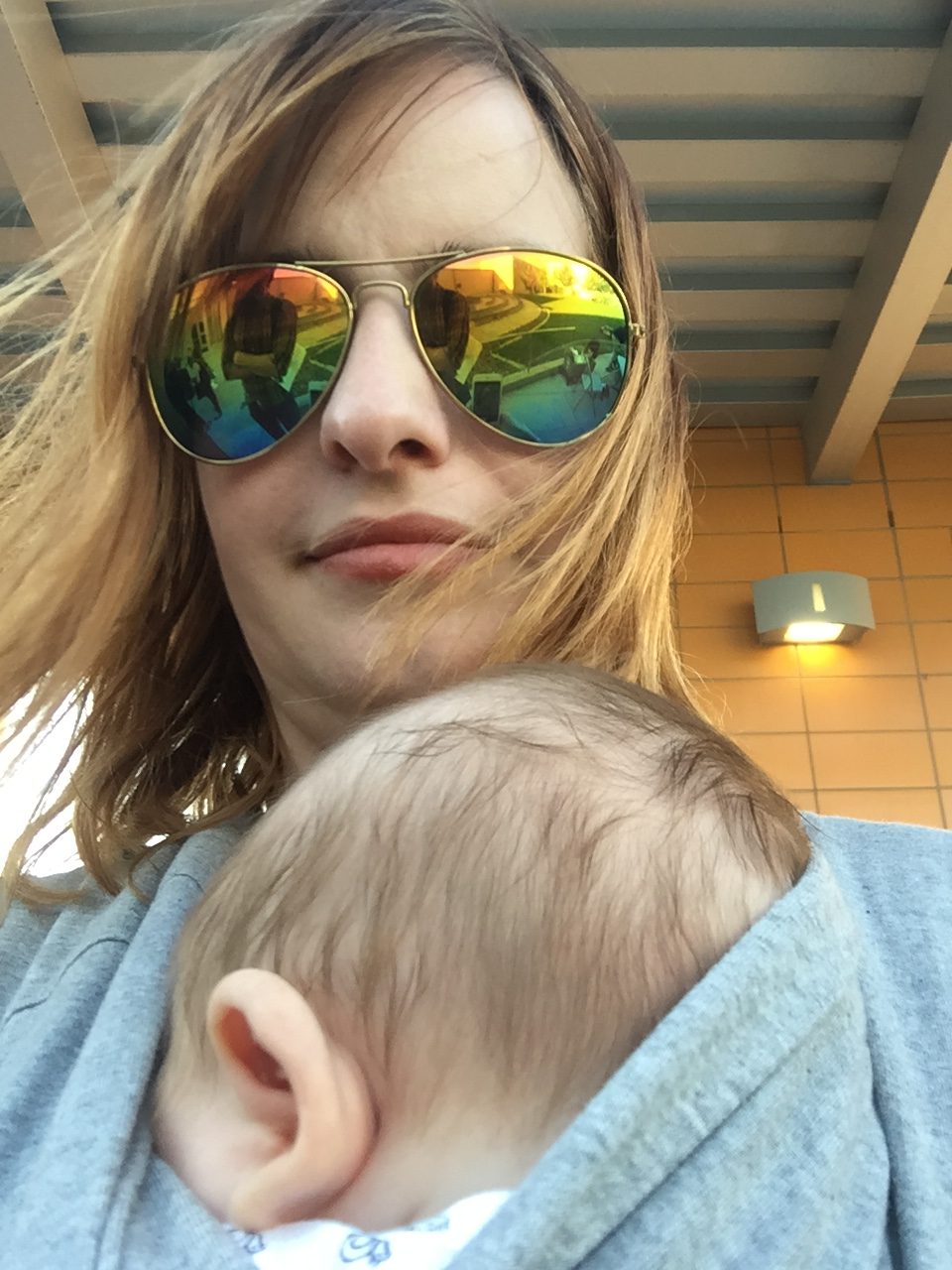 No one told me it would be like this.

My step-daughters had been after us for years to have a baby; specifically, a baby boy. And I had always demurred, telling them that it wasn't going to happen and also pointing out that if it did by some chance happen, they needed to talk to their father about the baby's sex.

He, the long-asked for baby boy, was born on January 2, 2017: 3 weeks early, 2 weeks before my baby shower, and at a healthy 7 lbs 6 oz. I didn't that know he was The Frog at first; that nickname would come later. What I did know was that he was the handsomest, hairiest person that I'd ever seen. And I hoped that one day, he would actually look like me (because he looks startlingly almost exactly like The Husband, Sean).

I'm dedicating these ramblings to my Frog (aka Kermie). You are my world Kermalicious. I hope that someday, when you realize that Mama wrote about you publicly, that you aren't too embarassed.

I corral. And I write.

I run this show. Just ask The Dog.

I stay away from the prickly thing they call Maui.